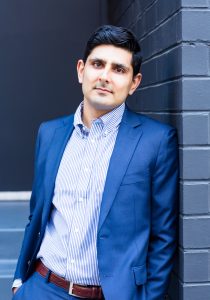 Prior to joining GLG, Ara worked at one of southern California’s premier products liability defense firms, where he honed his litigation skills through representing multinational corporations in high exposure disputes.  There, Ara successfully defended several manufacturers of automobiles and tires, and defended other clients in general negligence actions.  He is admitted to the Central District of California and has litigated before both federal and state courts throughout his career.

Ara earned his Juris Doctor from the University of California, Davis, School of Law where he also served as Managing Editor of the UC Davis Environs Journal of Environmental Law and Policy, and as an Editor for the UC Davis Business Law Journal.  During his 2L year, Ara externed with the California Energy Commission, where he worked on various energy infrastructure projects throughout California.  He also served as a law clerk at a land use law firm in Sacramento, where he helped developers secure permits and approval for major projects in the Sacramento metropolitan area.  Upon graduating from UC Davis, Ara earned the UC Davis Environmental Law Certificate, Public Service Law Program Certificate, and Pro Bono Program Certificate.

In his off time, Ara can be found trying to organize his record collection, cooking, or outdoors hiking, camping, and climbing.  He roots for the Lakers, Dodgers, Rams, and Vancouver Canucks.